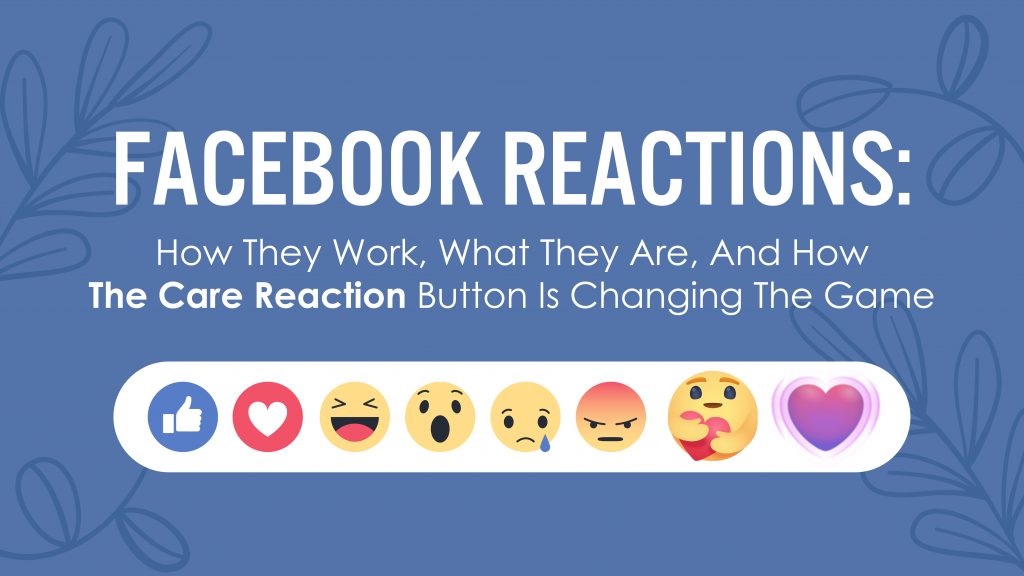 Facebook is stepping up its role as a global connector amid a worldwide pandemic. With over a third of the world’s population on Coronavirus lockdown, many people rely on social media apps to communicate with friends and family that live far away. As the world’s largest social media platform, Facebook is doing its best to bring people together, by rolling out features people can use to show love and support. In fact, one of its most recent endeavors is the Care reaction button, the social media platform’s latest addition to its growing list of Facebook reactions. 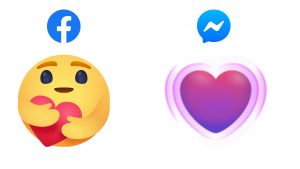 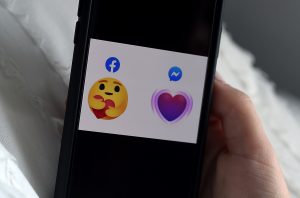 Whether you prefer to chat with your friends over Facebook messenger, or you’re more into posting daily updates and Facebook reactions on your wall, Facebook’s Care reaction will be there to tell people your loved ones you care. In case you’re wondering why, it’s because Facebook is releasing two versions of it! There’s a yellow face hugging a pink heart for the core Facebook service, while in the Messenger app the Care reaction appears as a pulsating, purple heart. 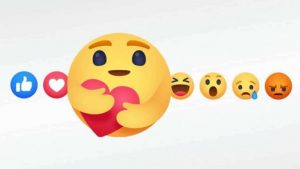 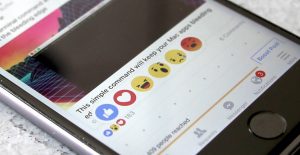 Photo from Cult Of Mac

Facebook’s Announcement On The Care Reaction 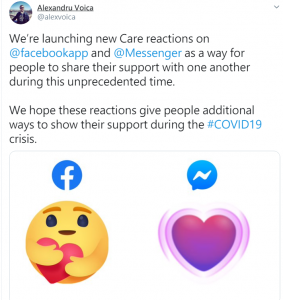 On April 17, 2020, Facebook’s EME Communications Manager Alexandru Voica announced the rolling out of the Care emoji in a series of tweets released on his Twitter account. “We’re launching new care reactions on Facebook app and Messenger as a way for people to share their support with one another during this unprecedented time,” he tweeted. “We hope these reactions give people additional ways to show their support during the #COVID19 crisis,” Alexandru said in the same tweet

In related news, Fidji Simo, Vice President Of Product at Facebook, backed up Alexandru’s statement. She told the media they thought of releasing a new heart emoji to help their users get through moments in their lives when the use of the usual heart symbol regular heart is not enough (we won’t lie, we got a little choked up after hearing that ).

“This current crisis really shows a range of people struggling with very different things,” Fidji shared in an interview with the media.“People who are sick or taking care of sick ones, people who are losing their jobs. People who are home-schooling their kids. Everyone right now has something in their lives that requires support.”

We couldn’t agree more. We are living in unprecedented, uncertain times. The Coronavirus continues to upend life around the world. 165,059 people have already died from the virus, while many lost their jobs. Scary times, but we must not lose hope. It’s time for all of us to step up, and do what we can to stop the virus, even with something as simple as using a Care reaction emoji.

Where To Find The Care Reaction 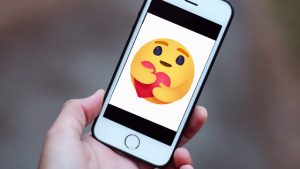 Itching to try the Care reaction on your device? According to Facebook, the Care emoji will be available this week on both desktop and mobile apps, and the rollout will take place around the world. He didn’t go into specifics, though, whether it would first appear on Smartphones or iPhones, etc. We’ll just have to wait and see, and check our devices from time to time.

If things take long, let’s just be patient about it, we are sure it will be worth the wait! It’s the first expansion of Facebook’s emotional-reaction emojis in over four years. Yes, four years!  In 2015, Facebook expanded the original thumbs-up “like” button and added five new Facebook reactions, love, sadness, anger, the laughing reaction and the “wow,” or surprised reaction.

Here’s hoping it won’t take five more years for a new Facebook emotional- reaction emoji to appear! Facebook reactions bring emotion to Facebook posts and conversations, they make our digital interactions so fun and colorful! Can you imagine talking to someone on Facebook without it? We can’t! What other emotions would you like to see as an emotional-reaction emoji on Facebook? 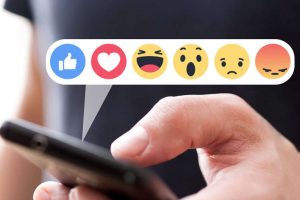 In case you’ve forgotten, or maybe you just momentarily got swept up with all that’s happening in the world, whatever the case may be, we’re taking this moment to remind you to use Facebook responsibly. Facebook monitors user activity- what you post, share, even what you like and react to. 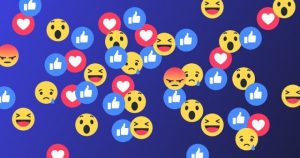 In fact, in 2016, Facebook confirmed Facebook reactions buttons influence the way your news feed appears. As a matter of fact, Facebook puts more weight on emoji reactions than likes to determine which content should appear at the top of your News Feed. So, if you put a heart or a wow smiley on a post about Taylor Swift’s new single, expect to see more stuff about Taylor on your news feed.

Facebook provided more details about the revelation through a statement released to the media:” Over the past year we’ve found that if people leave a reaction on a post, it is an even stronger signal that they’d want to see that post than if they left a like on the post.  So we are updating the news feed to weigh reactions a little more than Likes when taking into account how relevant the story is to each person.”

This makes sense once you think about it. Love, anger, sadness, and surprise are stronger emotions than plain interest. Plus, responding with a reaction takes more effort than just tapping the like button, right? That said, does it mean if you put an angry reaction on a post about prostitution, you will see less of the topic in other posts? Not exactly.

In the same statement, Facebook revealed that all reactions have the same weight, which means the news feed’s algorithms are not based on whether you react with “love” or “sad” or “angry.” So, if the Kardashians irritate you to no end, and you don’t want to hear about them for a while, perhaps it would be best to just ignore news about them on your Facebook page.

Do Brands And Marketers Pay Attention to Facebook Reactions? 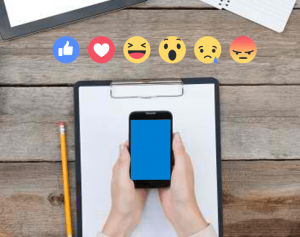 The answer to that is one big YES. If you are a Facebook advertiser you’ll be able to see a breakdown of Facebook reactions on your Facebook Ads manager or on your Facebook Fan Page insights. You’ll see in the notifications tab of those tools the reactions people have to your posts, and you can also get a quick summary of reactions right at the top of your Facebook page.

It never grows old… the fun and warm, fuzzy feeling you get when Facebook celebrates special occasions like Halloween, or Mother’s Day with you. In 2016, the social media platform stepped up their Facebook reactions game by releasing Facebook reactions for special occasions, like a purple flower reaction to celebrate Mother’s Day. The purple flower stood for the word “thankful.” When Facebook users used the purple flower reaction, the symbol worked as a gesture of gratitude to all moms.

Photo from The Verge 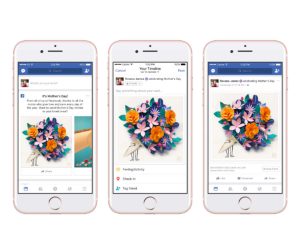 Photo from The Indian Express 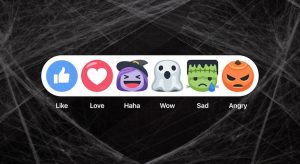 The fun and spooky Facebook reactions appeared on all posts, both public and personal. They were also retroactive, if you used a wow emoji a week ago to react to your friend’s sexy outfit, it turned into a ghost emoji! Facebook also introduced Halloween-themed filters for its live videos. 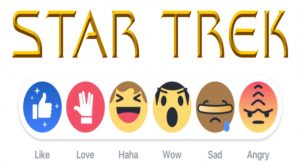 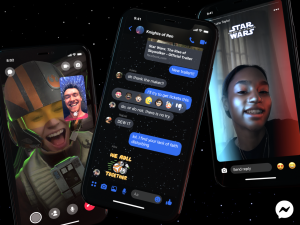 Last December, The Force visited Facebook to promote the film Star Wars: The Rise Of Skywalker. For a short time only, Facebook released Star Wars-themed Facebook reactions, stickers, and other effects. But they were only available on Facebook’s Messenger’s app. The stickers and Facebook Reactions turned users into popular Star Wars characters, Star Wars fans were given the chance to cry like C-3PO, laugh like Finn, get mad like Kylo, or act surprised like Rey. 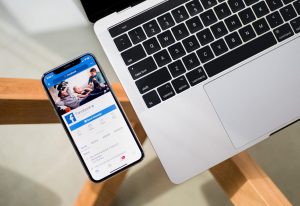 Photo from Bullies Out

That’s amazing news, and it looks like we will see more brand-related Facebook reaction campaigns in the coming years. However, with all that’s happening in the world, we hope Facebook will release features similar to the care reaction button, as well, to help raise awareness about global issues, like Coronavirus-related stickers urging people to wash their hands, or Facebook Reaction symbols about saving the environment, or reducing poverty! 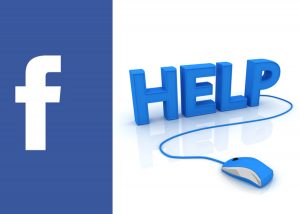 If you feel the same way, then let your voices be heard! You can give Facebook feedback about a suggested feature by going to Facebook’s Help Center. To get there, go to your account and click the button shaped like a question mark at the top of your Facebook page. You will then see the dropdown menu, and at the top of the menu, you’ll see the words “Help Center.” Click on that.

On the Help Center page, scroll down. On the left side, near the bottom, click Visit Help Community. Once you’re there, type “give feedback” on the search bar at the top of the page. You will then go to Facebook’s Give Feedback Page. Click on the link for Give Feedback For The Help Center, then just type your suggestion!

Who knows? Facebook might use your idea and even credit you for it! With nearly everyone on Facebook nowadays, an act similar to that will go a long way to healing and saving our world.